Investing in Galicia: A world of possibilities 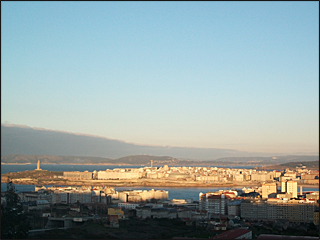 With an area of 29.574 Km2 and four provinces, Galicia is located in the Northwest of Spain and it is bounded by Portugal to the South. Galicia is one of the 17 autonomous regions of Spain and the Galician language is spoken apart from Spanish. The quality of life is high, the climate is mild with gentle winters and summers. The social situation is peaceful, the crime rates are below the Spanish average, which is very low. Galicia has a very good hotel network and enjoys a well-known gastronomy, wines and beautiful scenery. It has 3 universities and a wide cultural offer.

Not only national but foreign firms have chosen Galicia to invest for many years including leading companies in our community as biotechnology, fishing, maritime farms, motor industries (Citroën), fashion (Inditex-Zara), ships building, mining industry, wind and hydroelectric energy, forest sector, agricultural and food industry and trade.

The road links are excellent, with 2 divided highways to Madrid going through the cities of Coruña-Lugo and Vigo-Ourense. Good communications among the Atlantic coastline cities (Ferrol, Coruña, Santiago, Pontevedra, Vigo) by toll motorways and the rest of modern roads all over the region. Likewise, there is a wide rail network and the high speed line (AVE) is in an advanced stage of construction. Galicia has 5 trade ports of general interest and several fishing parts and marinas. There are 3 airports (Coruña-Santiago-Vigo). Galicia has a fast connection with Portugal by toll motorway. It is possible to arrive in Porto in short time. The trade links between Galicia and Portugal are very important.

The largest cities in Galicia are A Coruña and Vigo, both with important ports and firms. Santiago de Compostela, wealthy in monuments is the Capital of the region and seat of the Galician government. A Coruña is the capital of the province and the headquarters of our Law Office. An outside port of big dimensions has built in the outskirts of the city. A rise in the business activity is predicted with these new port facilities. In Coruña are located important international firms as Alcoa and Inditex. Our city has 2 industrial areas (A Grela and Pocomaco) and 2 more nearby (Espíritu Santo and Sabón). In the metropolitan area there are more than 11 million of square meters of industrial soil. A Coruña, one of the economical engines of Galicia, is the city of the region which collects more taxes in economical activity. 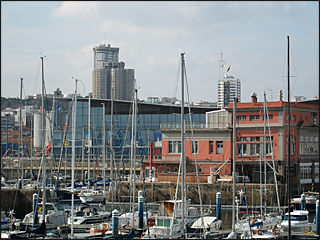 Our Law Office can advise foreign investors about taxes, search for industrial soil, contracts, relations with the Administration, looking for staff, creation of mercantile societies, etc.

We elaborate budgets of estimated fees